Thanks to a character in the recent television series called “The Pacific”, the name of a female Marine has made an appearance on the pop culture radar: Lena Mae Riggi.

If the name does not sound familiar, you may recognize her married name: Basilone.

She was the wife of John Basilone, one of the famous Marines every Marine Corps recruit learns about at boot camp. He is often discussed in Marine Corps history classes but no one ever mentions that his wife was a Marine too.

The television show featured her as a significant character in the final episode: “The Pacific” Part 8: Iwo Jima: While he is training a company of recruits in the fine art of killing Japanese, Basilone meets Lena Riggi, a female Marine just turned 30 and cynical as hell about the advances of yet another lonely guy in uniform, especially a celebrity who can get the best tables at the nicest restaurants.

But the cynicism did not last, and Lena and John married in the summer of 1944: 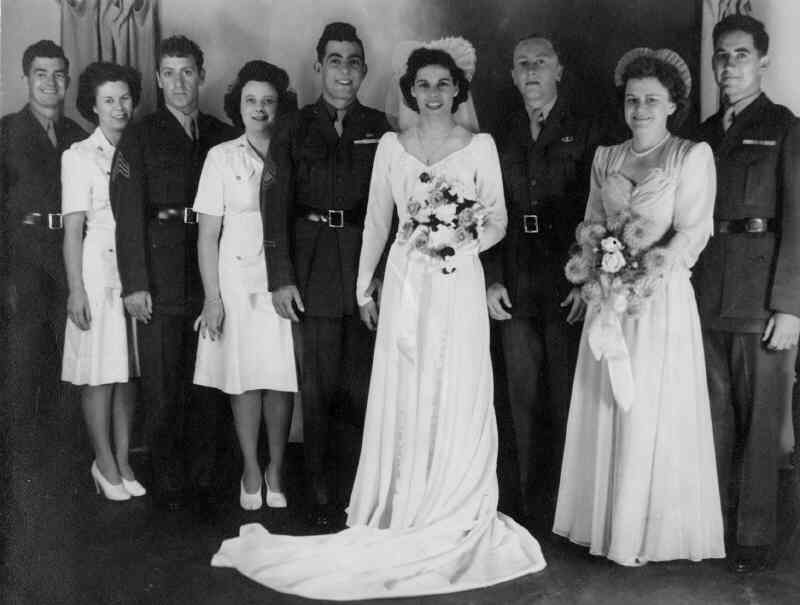 Not long after their wedding he shipped out to Iwo Jima and in February of 1945 he was killed in battle. This is where the television show concludes and unfortunately for curious viewers, the show apparently did not include any follow-up information about John Basilone’s widow.

Lena never remarried and she lived in California until her death in 1999. One of her few, if not only, public appearances after John’s death was about nine months after he died. She was the official sponsor of the destroyer named after him, the USS Basilone, and she participated in its christening ceremony: 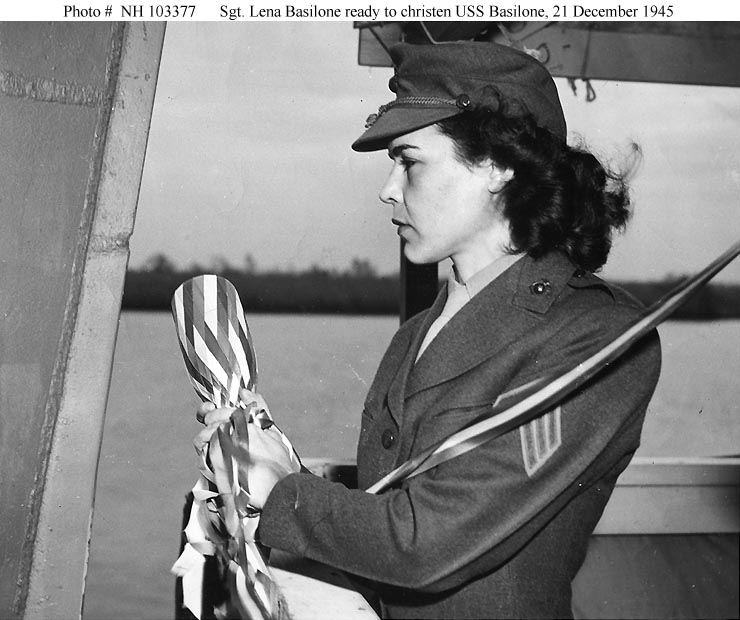 From her Find-A-Grave entry and her obituary:

Lena Mae Riggi was born on March 7, 1913 in Portland, Oregon. Her parents were Italian immigrants. When she reached adulthood she left Oregon to attend business school. During World War II she enlisted in the Marine Corps. She was stationed at Camp Pendleton where she served as a field cook on the base attaining the rank of Sergeant.

During her time there she met John Basilone, a Marine and the first United States decorated World War II hero. They were married on July 7, 1944 and spent some time together before John returned to the South Pacific. 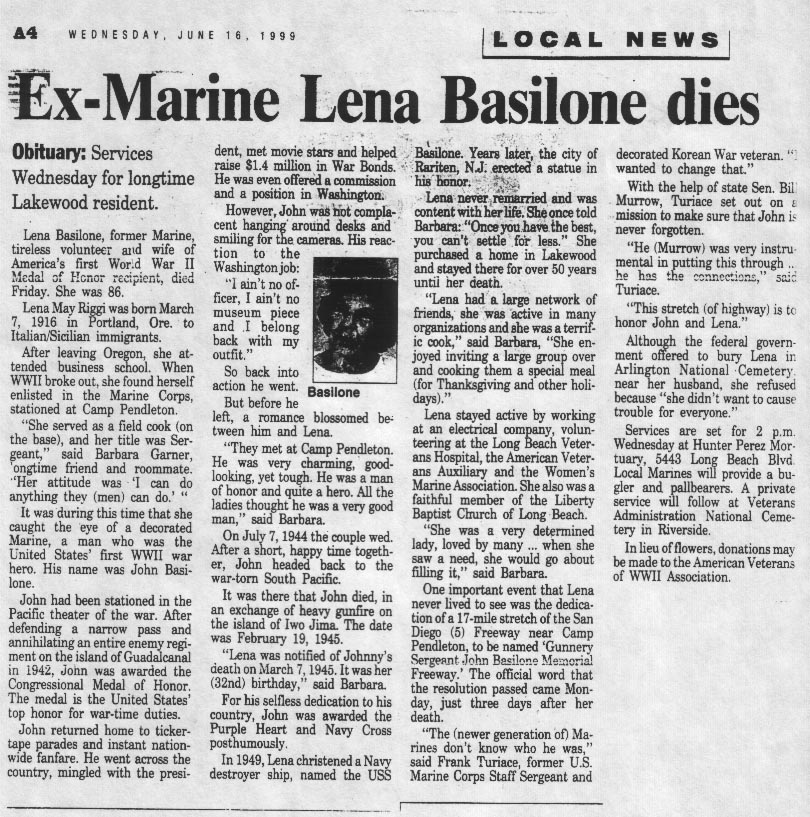 Lena never remarried. She purchased a home in Lakewood, California and lived there for over 50 years until her death. She worked for the electric company and volunteered countless hours of her time at the Women’s Marine Association, the American Veteran’s Auxiliary, and the Long Beach Veteran’s Hospital. Just three days after Lena’s death a resolution was passed naming a 17 mile stretch of the San Diego (I-5) Freeway near Camp Pendleton ‘Gunnery Sergeant John Basilone Memorial Highway’.

Although the Veterans Administration offered to bury Lena in Arlington Cemetery near her husband, she refused the offer saying she “didn’t want to cause trouble for anyone”.

She was laid to rest in the National Cemetery at Riverside, California. 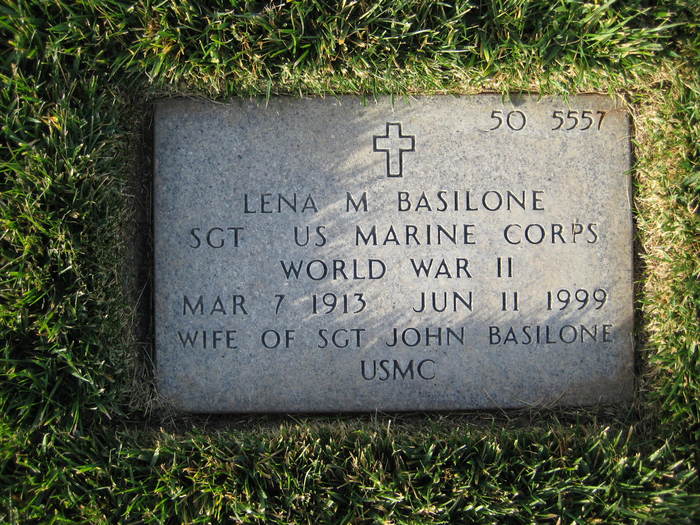